In April of this year I wrote a post highlighting the plight of our bee populations and risk of using certain garden chemicals. Since then the news networks have been a 'buzz' on the same topic.  Though I would like to think it was because of my post, in reality the chemicals under scrutiny have been doing their own publicity although negative publicity. 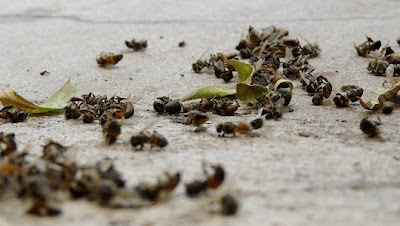 A recent news story in Total Landscape Care, an industry online magazine, reported an incident of a mass killing of around 50,000 bumblebees out of Wilsonville, Oregon.  An investigation found that a landscape company had sprayed 65 European Lindens in a parking lot with a neonicotinoid based chemical called Dinotefuran, an active ingredient in product called Safari.  The reason behind the treatment was to control aphid populations which fed off the sweet sap in the leaves.  Though the aphids are not too damaging by itself, often spurring a population increase of ladybugs, a natural predator of aphids, it was the honeydew dripping on parked cars that sparked the lethal application.

Unfortunately, the timing of the application coincided with the flowering time of the Lindens.  These nectar rich blossoms draw in extremely large numbers pollinators and from the estimated 50,000 bumblebees killed, its believed to of wiped out 300 wild colonies.  To be fair to the manufacturer of Safari, they make it clear not to spray the product during the flowering period of the intended crop. 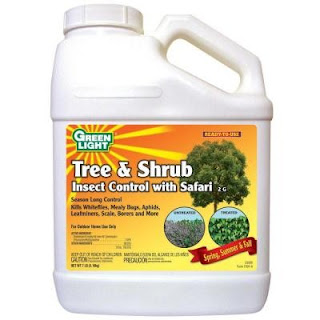 Well, Oregon Department of Agriculture (ODA) is taking the matter very seriously and the treated trees were covered in nets to prevent further kill offs. I'm sure the company responsible of spraying the trees will be punished accordingly but is this enough?  However, shouldn't the bigger question be why we have these chemicals to start with, and more so, why are they available in garden stores for anyone to use?  I've met many customers who wouldn't blink an eye over spraying what they see is a nuisance.  By making these chemicals available to homeowners to rid themselves of their phobia, it is no different than the professional applicator in Oregon who should've known better. 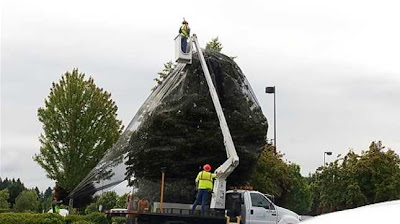 Just last year, Scotts Miracle Gro was fined $12.5 million in penalties from distributing lethal bird food contaminated with insecticides, to reduce pest damage in stored seed.  Through an investigation it was discovered that three rogue Scotts employees took it upon themselves to add the insecticide to the seed without company knowledge, the courts felt differently about the responsibilities.  Should this same approach apply with the manufacturer of the product as well as the applicator?

Europe has already banned neonicotinoid until a full study can be concluded as to its effects on bee populations.  Surely, we here in America should follow suit until we fully understand how this group of chemicals impacts on our environment.  However, by doing so maybe an acknowledgement of guilt upon the EPA for approving its use.  They are in the process of being sued by a coalition of beekeepers for not properly studying the effects of Neonicotinoids before approving its use.  Instead the EPA based its approval  on biased results from the manufactures research instead of carrying out its own independent study. 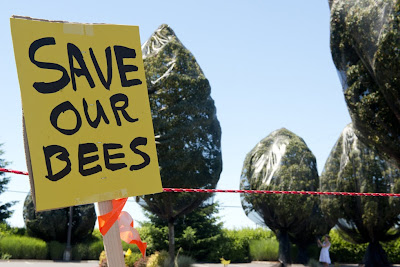 In more recent news, the ODA announced that it was implementing an 180-day temporary restriction on products containing dinotefuran until a complete investigation could be carried out.  This restriction will affect both professional applicators as well as homeowners.  But, just when you thought a government body might be growing big enough balls to safeguard our environment they backpedaled to remind us that these chemicals are important tools in defending our plants from destructive insect pests.  My guess is that they hope after 180 days we'll all be distracted by all the going on's of the Kardashians than to take much time to care about what helps put food on our plates. 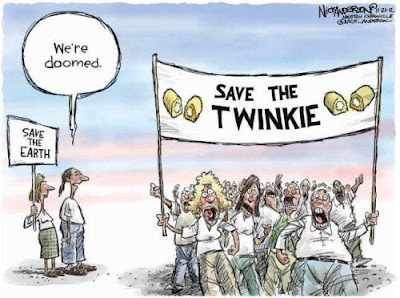 Posted by Robert Woodman at 4:40 PM