A few posts back I touched on the subject of exploring the world for plants through the adventures of Ernest Wilson and his hunt for the Dove tree.  The concept of roaming the world for new botanical treasure is an alluring dream that for a brief time I had a little exposure to.  My experiences were quite tame when you compare my stories to those of botanical hunters, heading to lands that had never seen a foreign footstep.  Many never came home, paying the ultimate price to introduce new plants to our gardens, and with the Thanksgiving holiday only a few weeks away, it seems only fitting to give them the attention they deserve.

My explorations took me to the highlands of Tasmania in search of alpine plants that are found only on the mountains of the island state of Australia.  Then, into the steamy jungles to traverse to the top of a glacier capped peak of Irian Jaya.  So remote and sparsely  populated, that we were warned of wandering off the road in fear of getting lost and not making it out of the wilderness.   These adventures would have seemed like a vacation to the harden explorers of the past.  I had access to warm, dry lodging; English speaking guides, and most importantly, medicine. I once thought I had contracted Malaria after spending a week in Java, only to be diagnosed with the flu and treated accordingly. 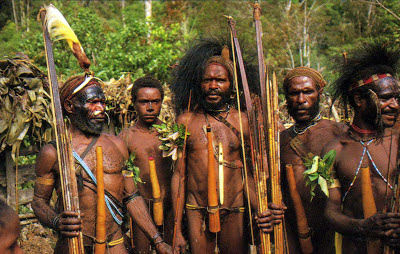 Personally, Irian Jaya is the last frontier and has its fair share of adventure stories.  The most famous is the disappearance of Michael Rockefeller in 1961 while pursuing his anthropological studies of the area.  Heir to the massive Rockefeller fortunes, he went missing  after the boat he was traveling in capsized.  Did he drown?, was he eaten by sharks or crocodiles?,  or even worse, eaten by the head hunting tribesmen of the area?  Some speculate that he gave it all up and assimilated into the tribes of the area, like Colonel Kurtz in 'Apocalypse Now'.  Years later, in 1996 a scientific group from Cambridge University was abducted by an independence guerrilla force operating in central Irian Jaya, two years before I went there.  All were released unharmed but the threat to outsiders was apparent.  As a side note, the common name for Europeans in Irian Jaya is 'Long Pig', for the fact that we are as pink as a pig, and obviously longer. Some will say it's because we taste like one!  Cannibalism was a very real threat and stories exist of explorers becoming the main meal for some tribes. 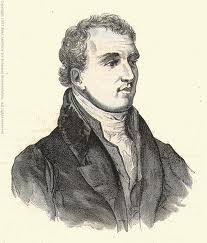 The Scottish explorer, David Douglas, life ended in a manner fit for a horror film.  He was sent to the Pacific Northwest in 1824 where he sent back to Britain over 240 species.  His most notable introduction was the popular cut Christmas tree, the Douglas fir.  Others include the Sitka Spruce, Sugar Pine, Lodgepole Pine, Ponderosa Pine, Grand Fir, Noble Fir as well as several other conifers that transformed the landscape of Britain along with the timber industry.  In 1834, while escaping the winter of the Pacific Northwest he traveled to Hawaii and died under suspicious circumstances.  The day started with him climbing Mauna Kea, on the island of Hawaii when he apparently fell into a pit trap, set up to catch wild bulls.  Unfortunately, it contained one that gourd him to death.  However, he was last seen visiting the hut of an escaped convict and bull hunter prior to the fall.  When his body was recovered, it was found that the money Douglas was carrying was missing.  Accident or murder? We'll never know.

Ernest Wilson's fate was delayed until 1930 in what would appear as a simple traffic accident.  In 1927, he took on the role of Keeper of the Arnold Arboretum in what seemed to be a retirement from travelling overseas.  It was a life that had been hard on him following an accident in 1910 when a rock slide had broke his leg in the Min valley, China.  After a three day forced march over rough terrain  with his leg braced crudely against the tripod of his camera, medical help was finally found.  His leg eventually healed but was shorter in length, making him walk with what he referred to as a 'Lily limp', honoring the  success of collecting the Regal lily from that valley system.  He was often troubled from that injury as his leg would go numb, a condition that many felt lead to the fatal accident where the vehicle he was driving skidded off the road and plunged down a 40-foot embankment.  The accident  also claimed the life of his wife.

My former employer, the Royal Botanic Gardens Kew, in England, was a major center for training collectors, who would be dispatched around the globe on various missions.  Many great names have been tied to this famous institution and in the glory days of exploration, a Kew trained botanist was often on board one of the sailing ships.  One story that I found intriguing was of David Nelson whose career was shorter, but more dangerous.  His first voyage was on board Captain Cooks Resolution, where he collected specimens from the Arctic to the Tropic's. This debuting trip ended suddenly when the legendary Captain was stabbed to death by locals on the Sandwich islands following a disagreement.  Unfazed, he soon signed up for his next ominous assignment,  to introduce bread fruit to the Caribbean as a food source to the then slave trade of the time.  He and another Kew trained horticulturist were sent to Polynesia to propagate and safely transport the young bread fruit on board the HMS Bounty, under the direction of Captain Bligh, second only to Cook in his seamanship.  Most people know the story of the 'Mutiny on the Bounty', but Nelson had to endure watching his precious cargo being dumped overboard,  while being cast away on a longboat.  Many don't know the rest of the story, but Captain Bligh was successful in navigating the longboat, 4000 miles over 47 days, across the Pacific, with limited supplies and no loss of life. Sadly  David Nelson died a few weeks later from a fever, even though he had survived three very potentially deadly events.


Many explorers never gained the reputation of those who were successful, and unfortunately their names have been forgotten over time.  For others, the toll of traveling and exposure to foreign ailments shorten their lifespan, possibly cut them down in the prime of their lives.  It was a grueling job, separated from friends and family for what could be years, in pursuit of laying claim to a never before seen plant.  We take for granted that plant that grows in our back garden with very little thought about it's story.  Maybe now, after reading this post you'll look a little closer at that plant and imagine the collector running for his life, while being pursued by a mob of angry tribesmen looking for their supper. 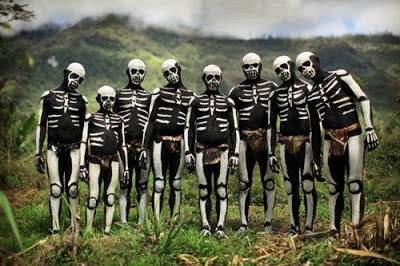 Posted by Robert Woodman at 9:18 AM