Back from a Break!

Where does time go?  I recently had to put the 'Blogging' thing on the back burner so I could concentrate on preparing for a talk, followed shortly by a TV appearance. Now, I'm realizing that more than a month has gone by since I put pen to virtual paper and need to climb back on the Blogging Horse again.


Doing these talks and preparing for TV shows becomes all consuming as I strive to make them perfect.  The fear of sounding like an idiot makes me obsessively focus on that particular subject until their no more to be learned.  Now it behind me I can focus once again on the next post but, for now I'm leaving you a link to the television show so you can see yours truly in action!

Be prepared, this is filmed as a live show so many things inevitably go wrong.  Being in the studio always reminds me of the comedy film 'Wayne's World'. Like the characters in the film, you have to be able to ride by the seat of your pants when things go wrong and hazards are abound.  Timing for when slides come up and what camera to look at are just some of many pitfalls.  This episode was no different with our microphones dying and pictures being flashed up out of sync and too quickly. The true test comes at the end of the show with viewer call in's.  Its a mind-field of 'on-the-spot' questions that you can't prepare for.  A good example is one I got asked of, "how do you stop lizards eating your plants?" 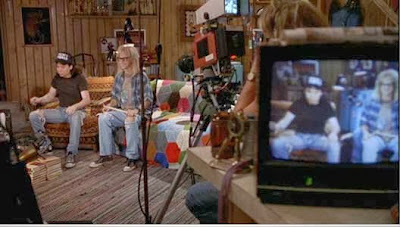 I love having the opportunity of being a part of a local TV show, broadcasted across D.C, Maryland, Virginia and even the White House.  Although I'm a barrel of nerves leading up to the event, once the camera comes alive you experience a release as you realize that its out of your control, so just have fun.   For the last 22 years this show has gone out every Saturday covering a wide range of gardening topics and it's an honor to be a part of it.  Even without much rehearsal time, having people come up to tell me know that they learnt something new out weighs all the technical problems. 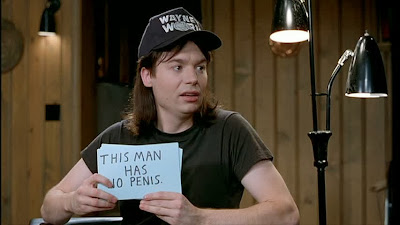 Posted by Robert Woodman at 6:27 AM 5 comments: