Hawaii - The Next Chapter

For years I have been dreaming about going to the island state of Hawaii.  From the early days of working in the tropical nurseries of the Royal Botanic Gardens, Kew in England to my first adventure of living in the tropic's of the British Virgin Islands and later Nevis, I constantly dreamed of Hawaii.  For me, I've always perceived these islands to be a mecca for tropical horticulture and so far it hasn't disappointed.  A year ago, almost to this day my family and I put our feet onto its shores to start the next chapter of our life's. 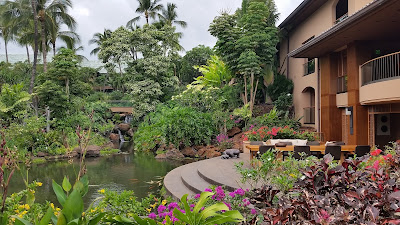 Our home on the island of Lana'i is one of a few lesser known islands that make up the Hawaiian chain.  Oahu, with Hawaii's capital of Honolulu, Maui, Kauai and the Big Island of Hawaii are probably the best known of the archipelago of islands. Lana'i, Molokai and the forbidden island of Ni'ihau make up the rest of the in-habitat islands.  Lana'i is best known as the Pineapple Island following its glory days as being the worlds major pineapple exporter.  The crown has since gone to the Philippines but evidence of these years can still be seen on the landscape.  A little known fact outside of these islands is that 98% of its 140 sq miles is privately owned, but don't worry there's very few places you can't go on this island. 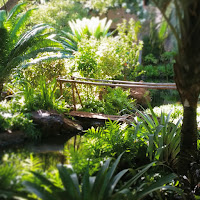 The position I've had for the last year is Director of Landscaping for the Four Seasons Resorts, a company I became familiar with from my time on Nevis.  It is a high end, luxury resort and hotel chain that can be found in many of the worlds most desirable destinations. However, the property is owned by the same person who owns the majority of the island with the Four Seasons providing the management and branding of the resort.  This partnership has lead to the creation of probably one of the best resorts you'll find in the world, with the Four Seasons exceptional high level of service paired with the owners desire and financial capacity to provide the best guest experience in the world. 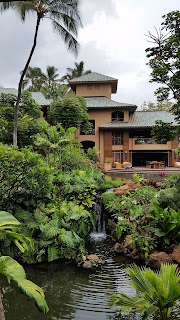 During 2015, the resort was shut down for extensive renovations before reopening in the beginning of 2016.  No corners were cut in the makeover and its evident when you wonder around the resort.  One of the aspects that appealed to me was that the landscapes were considered just as important as the buildings in the renovation and went through a major change.  Gone is the standard arrangement of hotels plants and generic landscape designs seen in so many places today and in its place is a collection of plants mostly seen in Botanic gardens or private collections.  It is almost like you are a guest staying in the private home of the owner than at a resort.

From the moment you arrive on the main driveway to the resort, you are enveloped by lush tropical landscapes.  Every corner of the landscape has been improved on and addressed.  Gone were the labor and material intensive lawnscapes and in its place a jungle of palm, cycads, gingers and many other iconic tropical plants.  No expense was spared in creating this dream landscape. 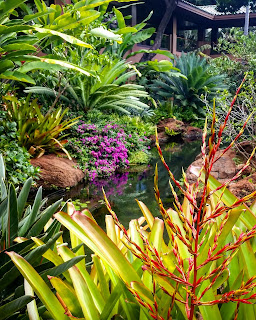 This year sees the start of renovations to the islands sister resort, The Lodge at Koele and it promises to be just as exciting as the Manele Bay makeover.  While Manele sits at sea level and provides the heat needed for many exotic plants, Koele has higher amounts of rainfall with cooler temperatures that broaden the types of tropical plants that can be used. These are exciting times for an island that hasn't seen much development since the building of the two resorts after the pineapple years came to an end.

Who knows, with all the investment happening to the islands properties maybe Lana'i title of being a Pineapple island will change to the Island of Gardens.

I found myself sitting on the crossroads last night trying to figure out how to renew my subscription of my domain name and getting royally frustrated with the whole process.  I questioned whether continuing with the blog was relevant as its been a long time since I last posted and a lot has changed.  I now live on the other side of the world on the island of Lana'i in Hawaii, still gardening and still struggling with time to add extra in my life.  However, my daughters comments about keeping this going spurred me to overcome the technological frustrations and getting guidance from a person I presume was in India, TheBritishGardener.com is alive again.

Below is one of the last pieces I wrote and planned to post while in Nevis.  The tides of change had been a major distraction, but after reading again I wanted to publish this as it was a fascinating subject.  Enjoy:-)

Lets be honest, doing any kind of gardening on clay soils just sucks.  It can be slopping wet for prolonged periods sticking to tools and boots while trying to work the ground and then baked dry like concrete in times of drought.  Its a miracle that anything will grow in clay, but somehow plants still manage. 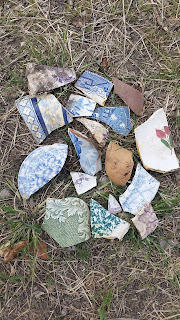 When dealing with clay in the garden , the best approach is to mix in plenty of amendments like compost to break up the particles and produce a crumbly soil.  It will allow water to drain through the surface but also hold moisture for longer during drier conditions.  The other important factor to breaking up the clumps of clay is that you increase pore space allowing the roots to spread out and receive oxygen.


So what happens when you don't have ready access to compost?  To answer to this question I met an archaeologist working on Nevis who revealed how early settlers to these islands approached soil amending  and the answer was very unusual.

Compost is a rare commodity on the islands.  Most waste plant material was either burnt as fuel instead of composted and the ashes used as a source of potash that was added to the soil. Very little organic material was dug into the ground. However, everywhere you go you'll notice broken shards of ceramic pottery mixed into the soil.  At first I thought it was a way that settlers would dispose of broken household items, but in reality this stuff was imported by the ship load! 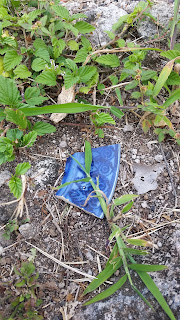 As I learnt from the archaeologists, ships heading to the new world would often load bags of broken ceramics into the cargo holds as ballast to give the boats better stability.  These bags could be worked between the ribs of the ship hull and then have other cargo packed on top.  These bags of broken ceramics were obtained for free from the potteries disposing of broken shards.  Captains of these sailing ships knew that out in the new world this commodity could be sold as a soil conditioner, which in turn provided the captain and /or crew with a little extra income on the side.  These broken shards were then mixed into the clay soil as a way to open it up and improve drainage, much like putting broken pottery (crocks) at the base of pots.  Once these ships that had reached the Caribbean or along the east coast of America, they emptied this ballast of broken ceramics and replaced it with sugar, rum and cotton before heading back to the ports of Europe.

To this day, broken shards can be found everywhere from beach to mountain slopes on Nevis.  They range from Porcelain dating between 1660 - 1800, hand painted Pearlware from 1780 to 1920 and mix of different Stoneware and earthenware.  Though mostly from England, some shards have been identified as exports from China, Holland, Germany and Scotland. 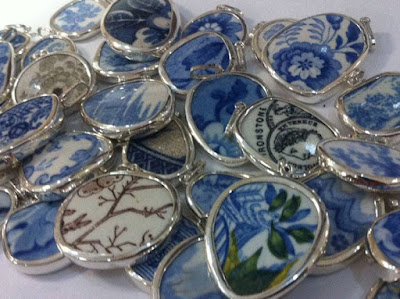 These broken shards are seeing a new life in some parts of the Caribbean as entrepreneurial jewelers have taken these unearthed pieces of history and are transforming them in jewelry.  While not being the valuable pirates treasure that everyone wants to find, each unique piece represents a hidden story of days past and makes a nice conversation piece to go home with.


One mans trash really is another mans treasure!