Roses aren't the only Flowers of Passion

Normally, when a person shows up at the garden centers information desk at this time of year it's quite often regarding pests on houseplants or just someone looking for the bird seed.  So image our surprise when the inquiry turn into a labor of love. 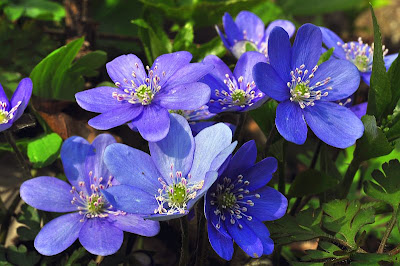 A young man came into the garden center with a mission to find a name for picture he had on his cell phone of a beautiful blue flower.  He wasn't your average gardening type, with a few tattoo's and piercing, it would lead you to believe he was going for some high nitrogen fertilizer for his tomato's in the basement.  For those unaware, 'Tomato's in the basement' is code for another illegal foliage plant that you need to hide out of sight, such as a basement.  He was desperate to identify the flower as it was a challenge given to him.  In explain his predicament further, it turned out that this challenge was given to him by the girl of his dreams.  She wouldn't consider any of his advances until he was able to identify the flowers that she had sent to him on his phone.  Desperate, he came to us, probably because Lowe's and Home Depot aren't sources of detailed information.  A little searching and keying out the identification parts of the bloom a name was found, success!

The only request I had, was if that if the relationship resulted in an offspring, they were obligated to named the baby 'Robert', to honor the person who identified the flower (being yours truly).  Of course, Anemone hepatica is hardly a name you could give a baby, unless of course the baby had deep blue eyes as deep blue as the mystery flower that started it all.  Who needs red roses when love can come in the form of this little but beautiful flower! 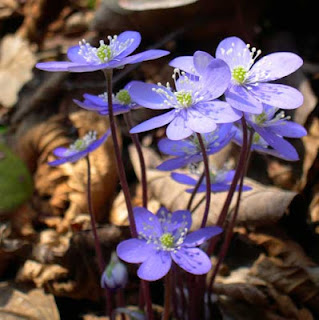 Posted by Robert Woodman at 8:02 AM