Life on a island, Part 1

Even though the final box was unpacked some time ago, my move overseas and the transition into a new job had put me into a blogging hiatus of sorts.  Lets face it, the draw of sitting under a coconut palm watch the world go by has been too great.  However, lots have been learnt since moving on Island and its time to share my experiences of living on a rock and get back into writing again.

For many, gardening is all about the escape.  Even though I still work in it, it is what you create that gives you the freedom.  So for this post I thought I'd starting at the roots, well actual the house I live in and the garden around it.  Its the perfect way to chronicle my adventures in tropical gardening and the challenges I face as the seasons change.

Here on Nevis, houses don't have numbers, but are given names instead.  My little slice of paradise is aptly called Genesis.  I'm pretty sure it wasn't to honor the pop giants of the 80's and 90's, but probably to honor the biblical term for 'the beginning'.  Its better to think of a place in a more noble manner than to picture a little balding man singing 'I can't dance'! 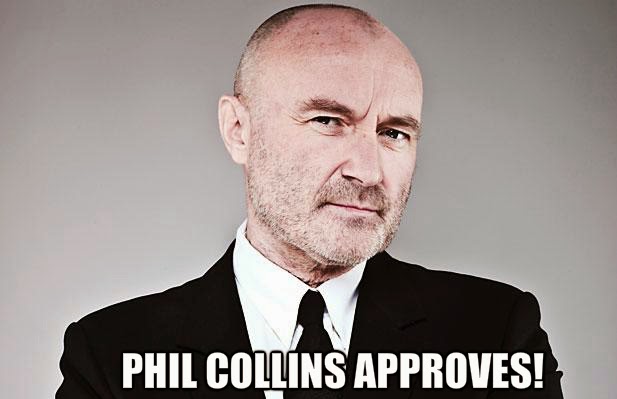 Genesis is your typical caribbean home.  Solidly constructed in concrete with a metal roof and water catchment cisterns under the floors.  Built to withstand hurricanes its a doomsday preppers dream come true!  Even the big bad wolf could blow this house down.


The other dream come true mainly for my daughter, is that its painted Barbie pink, a common  color of caribbean dwellings.  Apart from constantly craving cotton candy, I feel like were living in a dolls house.  We're located about 700 ft up on the slopes of the extinct volcano that forms the center of Nevis.  The views across to St Kitts are amazing and the breeze is somewhat constant, but you need to have the stamina of a mountain goat to mow the lawn!


The one  negative about living on the side of a volcano is all the bloody rocks.  Aparently, at some point many thousands of years ago, Mt Nevis blew its top and threw it down the side of the mountain, which is where they decided to build this pretty pink house and put in a garden.  Its reassuring to know that we are living on an old pyroclastic field.  I better find a way to pay homage to the sleeping volcano to guarantee my safety.  Now, where did those bloody free roaming roosters go!

The positive side is that the garden has great bones with all the trees and shrubs.  The standout features are a nicely mature Bismarckia nobilis, Bismarck Palm with grand silvery fanlike fronds. Along the driveway is a grove of Adonidia merrillii, Manila palms with bright red berries that are produced in copious amounts. Surrounding the rest of garden are three wide spreading Flamboyant trees, Delonix regia providing a much appreciated canopy of shade and in the back yard is an endlessly flowering African Tulip Tree, Spathodea campanulata .  As time goes by I'll highlight a few others, but these are the stand out specimens that caught my eye when we first moved in.

One difference you soon learn in the tropic is that there are just two seasons, the wet and dry!  Gone are the four season gardens I have used to for a while.  I had always considered winter as a curse but in reality its a luxury.  The gardens here never sleep, they just slow down when it gets dry.  That means that all the problems associated with gardening, pest and disease and the like stay as a constant issue.


In my next post, I'll introduce you to the rest of the island. Although we're pretty much a small circular island that shows up on many maps as a small dot, it a diverse rock with many different environments.  I hope that many who read my blog before will continue to do so even though its a departure from the cold tolerant gardens of the north.  One thing I've learnt since coming here is that its never dull and there's always a story to tell.

So until next time, garden on!