The case of the disappearing coconuts - A closer Look

In my last post I wrote about the mystery of disappearing coconuts from our shores and touched lightly on the causes leading to their decline.  Through my sleuthing on the internet I discovered something that may have a big impact not just on coconuts, but many other plants as well.

Without a doubt, coconut decline is a serious problem across the whole tropical region.  Many people depend on coconut palms not just for food but for oils, shelter, fuel and many other uses.  Should the decline of coconut palms become worldwide it could be compared to the Irish Potato famine in how it will effect many people reliant on the coconut industry.

Lethal Yellowing syndrome (or complex) is a collection of different pathogens identified with todays crisis.  The main disease is a phytoplasma organism that is spread by a plant hopper (Myndus curdus) which feeds on the sweet sap of the palms fronds.  Thus far the only treatment has been to inject oxytetracycline HCI, an antibiotic into the trunks every four months.  However, shooting up trees with antibiotics is costly and the side effects of consuming any part of the palm can have a negative effect on protecting our own health from so called 'Mega-bugs'.

LYS was first identified in 1830 running rampant through stands of coconuts in the Cayman Islands.  Since then it has spread across the Caribbean region and central America with cases being reported as far away as Africa.  There is no single symptom that can diagnose Lethal yellowing as many other stresses can turn a palm yellow.  Mineral deficiencies and pests like 'Red Ring', a nematode native to the Caribbean has lead to confusion and misdiagnosis of the disease.

The first signs to appear on older, fruit bearing palms is the premature dropping of the nuts accompanied by flower necrosis.  However, coconut palms as young as 2 to 3 years have been know to contract the disease and often show foliar discoloration, starting at the lower fronds and extending upwards until the whole crown turns yellow. Eventually, the crown will turn brown and desiccate, hanging down for a few weeks before falling off to leave a solitary trunk.  Infected palms often die with in 3 to 5 months after showing the first symptoms.

Targeting the insect responsible for the spread is one approach, but it's so common and widespread that positive controls outside of infected areas is impossible to achieve.  Coconuts growing in areas of well maintained healthy grass like golf courses were the first to be impacted, while on dry sandy beaches the spread of LYS was far slower.  In fact, the juvenile insect cycle starts its life feeding on the roots of lawn grasses.  However, once the adults emerge they can jump long distances carrying the pathogen once infected from palm to palm as they feed.

So far, the best option has been to plant resistant cultivars of coconuts, but this isn't without its own set of problems.   In a 20 year field study conducted at the University of Florida a number of certified seed coconuts cultivars were grown and evaluated.  In a report published in 2002, 91% of Jamaica Talls, a common coconut for this region were lost.  However, the previously believed resistant strains like Malayan Dwarf, Maypan and Red Spicata suffered losses ranging from 50 to 83%.  The only cultivar that showed the greatest promise was Fiji Dwarf (Niu Leka) which had a loss rate of 0%.  This field study also demonstrated that 'off types' of Fiji Dwarfs were just as susceptible to infection with 50% loss.  Only clones or seed collected from controlled cross pollinations that produce 'true to type' can be considered 'resistant'.

Another study, published in 'The Journal of the Mexican Chemical Society' has put a different light on the fight against LYS with an article published on 'Cuticular Wax Composition of Coconut Palms and the Susceptibility to Lethal yellowing Disease'.   The study was to measure the wax coating on the fronds of coconuts to see if there was correlation between thickness of this wax layer had any effect to the palms contracting LYS.  As it turned out, those palms that had a thicker layer were less prone to LYS.  This natural barrier prevents sap sucking insects from penetrating the leaf layer and introducing a pathogen.  This might explain why in infected areas you can still find stands of coconuts seemingly unaffected by LYS. 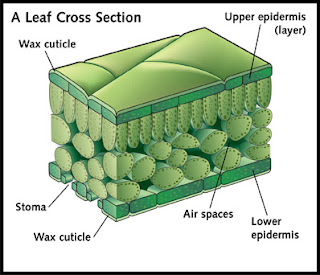 On reading up on cuticle wax I discovered that environmental stresses like drought, excessive heat, exposure to strong wind and even acid rain can all dissolve this protective layer leaving the plant vulnerable to attack.  However, all these stresses are a result of climate change, which is progressively changing what crops can grown where.

So what can be done to protect our existing coconuts?

The answer may lie in a study conducted at a Canadian agricultural research station in Ontario concerning ways to combat Tomato Spotted Wilt Virus (TSWV).  In the study, they compared various film-forming products like Wilt-pruf, a anti-transpirant product and Horticultural Oil on the feeding habits of Thrips connected to the spread of TSWV.  What was discovered was Wilt-pruf significantly reduced the virus transmissions and feeding damage from thrips.  It was also suggested that 'TSWV transmission may occur more readily during brief and shallow probing which is associated with thrip salivation and discharge of the virus'.

With this knowledge in hand, it seems highly possible that by applying an extra layer of persistent, clear flexible film to many plants will help in deterring the feeding habits of many virus spreading insects.  By coincidence, we noticed that spraying our Plumeria's to protect the foliage from the burning damage caused by salt-laiden winds we saw a drop in Plumeria rust and scale as a result.  If this reduced a plants pathogen load, then spraying coconuts might also help in reducing attacks from Red Palm Mite and other insects too.

In summary, knowing how important cuticle wax is on a plants defense and how easy it is for this to be reduced, it is only logical to believe that applying film forming sprays can have a positive benefit to a plants health.  This is something that we will be experimenting with over the course of a year to see how positive it is on the health of our coconuts.  At the same time, the application of film forming products could be used in a much wider spectrum to protect highly susceptible plants like Roses from all the damage they sustain.

For further reading on LYS, please click on these links;