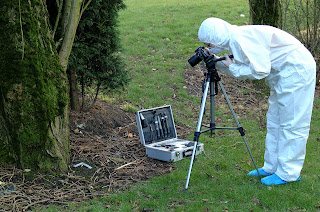 Nothing is safe anymore and this has become evident in our own gardens. A troubling trend is beginning to grow on our shores, one that is all too familiar for me from my homelands. Plant theft is very real crime but sadly not taken seriously by the bodies of Justice. Plants aren't cheap and many thieves will seize an opportunity to dig up a prized tree, shrub or other plant to decorate their own gardens. However, the police aren't as interested in missing garden items as they are in headlining crimes on drugs or homicide. I haven't yet seen an episode of 'C.S.I.' where the outline of a missing tree was painted on the lawn, while forensics was dusting the wheel barrow for prints. 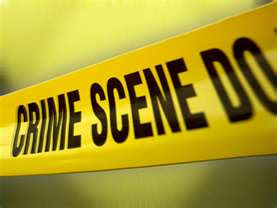 Home security has become so good that thieves are resorting to raiding the garden, looking for anything that might generate a few dollars.  Patio furniture, statues, yard machinery and even plants have become fair game for the opportunist crook.  Lets face it, we consider our home to contain more treasures than our own back yards, but tally up what you have spent for the garden and you'll realise just how much of a honey pot you've left unsecured.  Lawn mowers can run in excess of $400 and patio furniture into the $1000's, most of which isn't insured or protected. Still finding this hard to believe, click on one of these to read more; www.starnewsonline.com, http://www.telegraph.co.uk. 'There is nothing new under the sun. It has all been done before', Sherlock Holmes - A study in Scarlet.

Just this week a couple came in with a claim of a stolen tree.  They were going to close on a house the next day and had completed a walk through on their soon to be new property.  On approaching the house they noticed something different but couldn't put their figure on it.  Later, looking over photos they noticed that the corner of the house was missing a 10ft Southern Magnolia, that was replaced by a hastily put together, planting of small shrubs and fall mums!  The visit to the garden center was to arm themselves with figures of obtaining a replacement at closing or the deal was off.  "There is nothing more deceptive than an obvious fact", Sherlock Holmes - The Bascombe Valley Mystery. 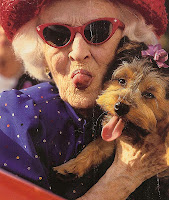 I had heard stories of garden crimes while working at Royal Botanic Gardens, Kew in England.  The culprit there was often the inconspicuous old lady with a large handbag and sharpened thumb nail.  Walking around nipping off bits of botanical treasures with that sharpened claw before stashing it into the handbag for propagation later.  The image of a little old lady being criminal mastermind is quite unnerving.  Ironically, I now order plants for the garden center from the man who was discovered doing the same, while interning at Kew Gardens some 20+ years ago.  He was found up a tree sourcing propagation material along with a shopping list in hand to supply a speciality grower.  Gardeners can be a fanatical bunch of obsessive collectors!

One of England's county governments went as far to micro-chip plants as so many where disappearing under the cover of darkness.  The chips weren't to help them locate the stolen plant but to prove that they actual belonged to them, should the police ever uncover the stash of botanical booty.  It all seems very high tech for a few plants, but the micro-chips only cost a few pennies and proved beyond doubt that property was stolen. 'Eliminate all other factors, and the one which remains must be the truth', Sherlock Holmes - The Sign of Four. 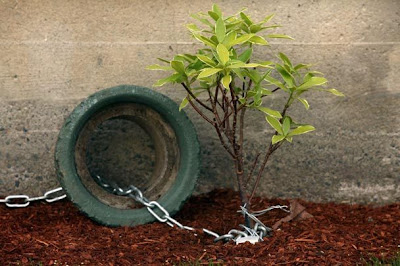 Does this mean that gardening will slip into the dark underworld of black market trading? Or do we have to arm ourselves against marauding hoards?  Harry Cook, from Leicestershire, England has done just that when discovering thefts trying to rip off his prize winning Petunia's.  The 67 year old, armed himself with nothing but a garden trowel and chased off the floral thefts.  I have my doubts over the rest of story, with the wife claiming she was out of town.  Why would you run from an old man wielding a trowel, unless his wife was packing heat with an Uzi 9mm, like the gardening version of the Terminator!  Sadly, Sherlock didn't have a quote for that.
Posted by Robert Woodman at 3:30 PM