People should have a cause to fight for.  Some might be against whaling, others to save the rainforest.  Mine it seems is for something far smaller in size, but just as important, the humble honey bee. Fresh new research has caused me to get back on top of my soap box and start preaching as yet another smoking gun was found in the mysterious disappearance of the bee.  Mount evidence in this whodunit case I last wrote about in a post titled Bee Gone, is beginning to cast a grim light into the plight of the honey bee. 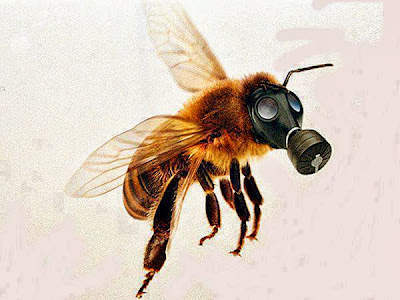 A recently published report in July from researchers from the University of Maryland working with the US Department of Agriculture, identified a number of deadly contaminants found in pollen samples taken from bee hives.  Although researchers are quick to point out, that the link between these contaminants and the collapse of bee hives wasn't conclusive, it does prove that bees are increasingly unable to resist infection by parasites, largely believed to be the main cause to the colony collapse disorder.

Bee hives were sampled up and down the east coast and analyzed for their chemical content. On average scientists identified nine different pesticides and fungicides. But one hive had 21 different chemicals present. The most compelling news was hives containing pollen contaminated with high loads of fungicides were three times more likely to be infected by parasites.  Fungicides have long been considered safe to use around honey bees and they were designed to attack fungal and disease issues. 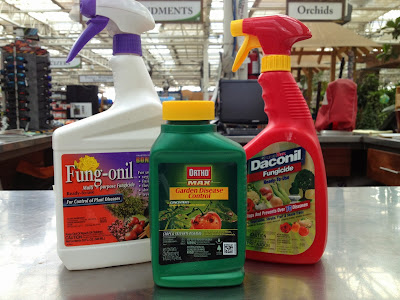 The main culprit in this case is a fungicide called Chlorothalonil, an active ingredient found in products like Daconil, openly available to homeowners and professionals alike.  Although the scientists aren't ready to point fingers, the research does suggest that this chemical soup that bee's are increasingly being exposed too is collectively effecting their populations.

When I first wrote about the effects of garden 'use' chemicals, in particular Neonicotinoid insecticides on Bee's, it came with a positive ending.  The European Union took steps to suspend its use until further studies could be independently carried out to see what effects it has on honey bee populations.  Though this group of insecticides doesn't kill bees outright, it is classed as 'sublethal', making bees more vulnerable to other stressors like pathogens.  Couple this effect with the newly discovered effects of fungicides and its clear to see that Honey Bee's are no longer able to fight off attacks on their health. 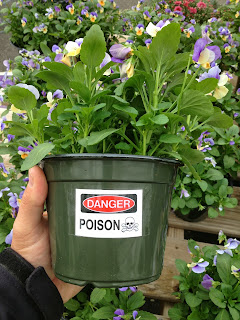 Still on the subject of Neonicotinoid insecticides, Friend of the Earth also conducted a different study to determine the level of contamination in common nursery plants found in retail centers.  What they discovered is nothing but alarming.  Plants that were recommended as 'bee or pollinator friendly' were found to contain systemic pesticides at levels high enough to cause adverse effects on Bees.  Neonicotinoids were found on average in seven out of thirteen samples, demonstrating widespread use of chemical treatments in the nursery trade.  Homeowners who might of been looking to plant bee friendly gardens were inadvertently being mislead and instead provide a buffet of poisoned flowers.  Should the question now be that nurseries issue health warnings with plants, much like cigarette manufacturers have to? "Planting this flower may lead to cancer", what on earth is next!

To put some perspective on the chemical usage issue,  Environmental Health News in February highlighted the rapidly growing use of fungicides on US farms.  Their report estimated that the global fungicide market will increase at annual compounded rate of 6.7% over the next five years, predicting that the annual market will be worth $21 billion worth by 2017.  The U.S. has witnessed the highest growth during the last five years and is expected to lead the industry as farmers continue to use fungicides as a cheap way to boost crop yields. Couple this with the $2.6 billion sales recorded in 2009 of Neonicotinoids in the US alone in 2009 and you soon start to realize this is a market that will be fiercely protected. 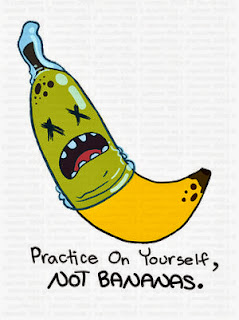 However, just when you thought that the European Union was going to rein in the big chemical giants, they brought out their secret weapon.  Syngenta and Bayer have combined forces to sue the European Union over loss of profits during the ban.  Sadly, corporate power has grown so great that the rights of people represented by governments they elect may have been lost.  You don't need to look any further than the GMO debate to see what power the big Ag companies wheeled.  During the last presidential election, people of California voted 'against' having food labeled as Genetically Modified.  Also on the ballet, Californians voted 'for' sexual protection to be mandatory for pornography actors. I'm glad to see Californians are looking to protect the hardships of their actors, but maybe 'hardship' isn't the right term to use.  Mass marketing campaigns from Ag companies created so much confusion, that it was easier to vote to protect the health of a few while munching on herbicide resistant foods!

As governments financially struggle during this global recession, it would seem that Chemical companies have gained the upper hand to protect their assets in expensive lawsuits.  Many public representatives have come out in defense of these chemical companies, leaving many to speculate that they're in the back pockets of the defendants. America has seen the fight against corporate greed many times before, and even gained its independence by fighting one that was sucking the then fledgling country dry.  Contrary to popular believe, the Boston Tea Party wasn't created to fight the English Government, but instead to fight the enormous power that the global East India Company had over the colonist.

While arguments can be raised for the benefits of all of these chemicals, there side effects cannot be denied anymore.  It has been estimated that with the decline of pollinators, 2/3 of fresh produce found in grocery stores will vanish because of food production shortages.  In post I wrote called 'A Garden to Die For', I brought to question if America's food chain should be a matter of National Security.  Surely the pending threat of national food destabilization should be on the lips of every public official.


I know I have little power in changing what happens in agriculture, but I do expect our publically nominated officials to be the watchdogs of the nation's well being.  Theodore Roosevelt once said, "Our aim is not to do away with corporations, but to do away with any evil in them.  We draw the line against misconduct, not against wealth".  What does wealth mean when it comes at the cost of extinction of another more beneficial organism?  I for one will not be using any of these chemicals in and around my gardening, voting instead in favor of the Honey Bee!


Need to be 'Bee' Educated more,  follow these links:

The Power of Corporate Money, Syngenta & Bayer Sue the EU
Posted by Robert Woodman at 4:53 AM